“Given where I started, and now to be a Project Manager, that promotion was the highlight of my career. And now I like to think that I’m providing that guidance and training for others, without which, I wouldn’t be where I am today.” 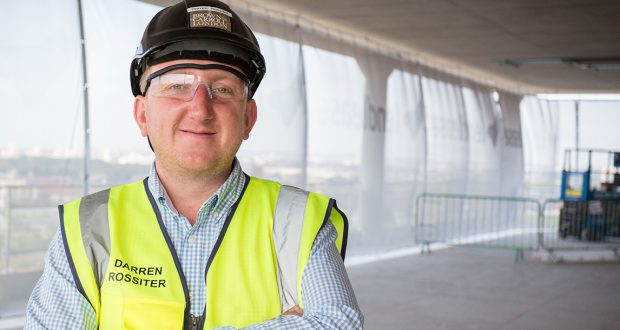 When Darren joined Brown & Carroll in 1999, it was straight from school as a 16-year-old labourer. It wasn’t long before management identified Darren’s drive and ambition, and he was encouraged to undertake an apprenticeship.

“One thing that really stood out from my training was the time that was given to me by others. Under the guidance of Paul Carroll and Gerald Harris, I was given the chance to move around different teams – working with different carpenters to build my experience.”

After completing his three-year NVQ in Carpentry and Joinery in 2003, Darren moved on to the tools, spending ten years creating first-class bespoke joinery on a range of prestigious projects.

“I was learning the whole time, continuing to build up my skills and knowledge. I was paired up with various chippies throughout, and then started working under Subs Gopal. He always challenged me to look after different areas of work, but was always there to support me.”

With over a decade’s experience under his belt, Darren was promoted to Site Supervisor in 2012, and went on to complete his Site Manager’s Safety Training to gain the SMSTS accreditation.

In 2016, Darren was promoted yet again to Project Manager.