We removed 50 bags of rubbish from Chelmsford's River Chelmer! 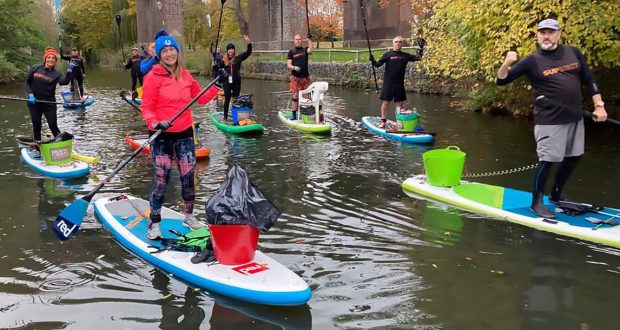 In the centre of the city of Chelmsford, a heroic team of volunteers took part in a successful river clean. The three-hour clean attracted a fair bit of attention from passers-by and Chelmsford City Council members were on hand to clear the waste collected.

“It is pretty disturbing what we managed to clear in just three hours, in just one stretch of the River Chelmer. Because we were in a busy area of the city, we had lots of people walking past and some were cheering us on. Several people even helped us by pulling shopping trolleys over the railings,” said Trevor Baker, our Senior HSEQ Manager.

The river clean, which was done via paddleboards, removed items that included:

Well done to Trevor and everyone involved. What a fantastic effort!