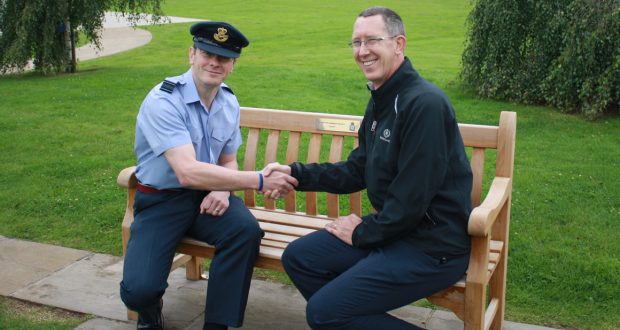 In July Brown & Carroll Commercial Manager, Iain Brooks, visited the National Memorial Arboretum in Staffordshire, to donate a new park bench to 7006 (VR) Sqn Royal Air Force Reserves. This followed an appeal from Squadron Leader Andy Fennel, for an urgent replacement after the previous version had fallen into disrepair after many years of use and exposure to the elements. The 150 acre Arboretum is the UK’s year-round centre of remembrance, which honours the fallen, recognises service and sacrifice and fosters pride in our country. It is a living monument, with over 30,000 trees and 300 dedicated memorials, where older and younger generations alike can quietly remember the personal sacrifices made by those in the services of this country.

The new bench is now firmly sited amongst those from other squadrons within the main RAF Memorial area of the Arboretum, commemorating those that paid the ultimate price whilst serving the nation within this branch of the armed forces.