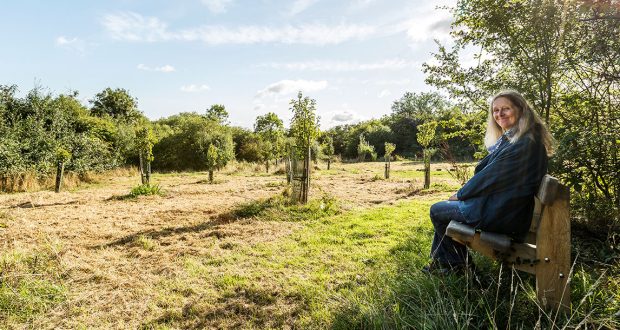 Based near Potter’s Bar in Hertfordshire, Northaw Community Orchard is a council owned site, leased by the local parish. Funded by the charity GrantScape in 2014, the project is focused on encouraging people to produce and consume more locally grown food.

In 2016, Brown & Carroll sponsored the planting of 750 mixed native hedging plants. These were dedicated to the Principal Contractor ISG, who Brown & Carroll regularly work with. Since the hedging plants were added two years ago, it’s helped to secure the outer perimeters of the land and defined the space from nearby neighbours’ land. Not only that, but the plants are important for biodiversity and conservation.

“It’s much better to have a hedgerow rather than a fence because it encourages insects and small mammals to the orchard,”

Some of the plants were also used to create a natural screen between the bee hives and the Yurt, which is used for events and community activities.

“The hedging project was a lot of work, so it was great to be able to go back and visit the Orchard,”

“Two years on, the plants are doing well and we can see how the orchard is blossoming as a result. The orchard is a great initiative, and as a business that uses and relies on a natural resource, we think it’s important to put something back,”