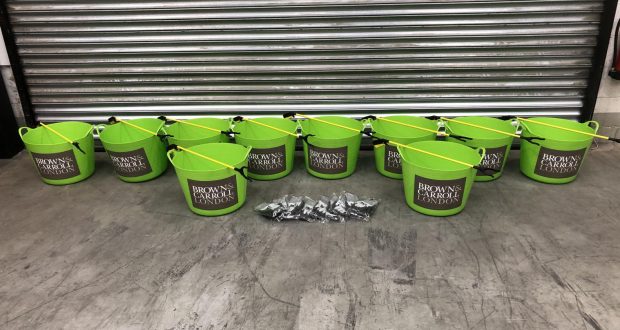 Trevor Baker, our Senior Health & Safety Manager, along with some Brown & Carroll volunteers, took part in a tidal river clean with SUPsect UK. The aim was to clear the river and its banks of rubbish during two river clean events.

The first, on 1 February, was to clear the river banks between Hullbridge and Battlesbridge, Essex. With recent storms and high tides, rubbish gets washed off the land into local rivers and then ends up on the river banks where it stays. In just three hours the team collected 27 bags of rubbish!

The second outing, on 7 February, saw them take to paddleboards so they could collect the rubbish that was sitting in the water and on the banks not accessible by foot.

We donated gloves, rubbish pickers, gorilla tubs and rubbish bags for the tidal cleans and we were really impressed or disgusted with the amount of rubbish, mainly plastic, that was removed.